Hildy is a clinical psychologist and jazz singer. She has been artistic director/producer for all Upstage Lung Cancer productions. She’s a passionate patient advocate and works tirelessly to accomplish ULC’s mission to raise awareness, reduce stigma, and invest in early detection research. She’s also a founding member of the renowned cabaret/jazz group, The Follen Angels, performing throughout the east coast. Hildy was the artistic/stage director of the award-winning Devotion Follies for ten years, and she is the co-author, with John Lamb, of the new musical theater show, Ziegfeld! to be produced as a fund raiser for Upstage Lung Cancer. Hildy celebrated 11 years since diagnosis in November, 2006.

James was a public-school Principal in the Newton, MA public schools and formerly a teacher in the Brookline public schools. He was a star performer in the Devotion Follies where he worked with Hildy for 10 years. He lost his mother to lung disease.

Nancy is a graduate of Indiana University with a degree in business.  She worked as an administrator for the IU School of Medicine Clinical Research Center before settling down to stay home and raise two kids.  She is currently self-employed as a bookkeeper and works at home with her Golden Retriever by her side. Nancy recently lost her sister Jane to lung cancer.

Patricia is a cancer patient services coordinator at Massachusetts General Hospital. She previously worked with Dr. John Wain in thoracic surgery with many lung cancer patients. She graduated from Lesley University and  majored in counseling. Tricia is deeply dedicated to improving patients’ experiences when confronting lung cancer and will  soon be a patient navigator. She is also owner of Saltwater and Sand Designs.

Dale is a professional actor and is an active member of SAG-AFTRA and the MPC [Mass Production Coalition.].  She is involved in several acting groups as well as in various community activities.  Dale graduated New Jersey City University with a double major of English and Education, which comes in handy as she helps edit written materials from ULC.

Marcia worked for many years in a family real estate business. She left the family business to own and work in the video rental business in the late 1980’s until 2000. She sold and retired from the video business in June of 2000 and is now active with her synagogue, senior’s groups, and advocating for accessibility for the physically challenged. She is a cancer survivor who works tirelessly as a Board Member to find great donated items for ULC silent auctions.

Peter is the lead consultant at Macon and Associates in Davidson, NC. He graduated from Tufts University and his work takes him all over the US, Europe, and Asia in product development and manufacturing technologies. During the past 25 years, Peter’s work has been seen in many consumer brands and marketing including toys, footwear, team and aggressive sports protective equipment, helmets, orthopedic and sports medicine soft goods, marine and leisure recreational sport equipment and apparel. Peter is passionate about theater, travel to exotic places, Jack Kerouac, and being on or under water. He also the founded the Kate MacIntyre Foundation, in honor of his wife Kate’s untimely death from lung cancer. Peter brings his zeal for theater and determination to find a cure for lung cancer to the Board of Upstage Lung Cancer.

Janet has worked at the Carney Hospital for 13 years as both an X-ray and CAT scan technologist. She loves being able to help patients in all aspects of her job. She recently became a yoga instructor after discovering a love for it after my lung cancer surgery. She found that she loves public speaking through Toastmasters which allowed her to be the guest speaker at ULC’s Fall Concert in 2015. She has two sons, Justin and Brian.  She took care of her husband Jack during his struggle with lung cancer and was supportive to her sister in law who has stage 4 lung cancer and my brother who is caring for her. Her focus now is to work as a Board Member for Upstage LC to put positive energy toward finding early diagnosis.

Sumati is an MIT graduate and scientist with an interest in lung-related diseases. She also loves the performing arts. In particular, she enjoys dancing in various styles from India.

Fatima has been Senior Director, Patient Advocacy, for Takeda Oncology (www.takedaoncology.com) since September, 2015. Fatima leads an internal patient advocacy department that is responsible for creating and sustaining strategic programs with key patient groups within the oncology sector. These novel initiatives include those that address the current needs and issues that are crucial to cancer patients, including research, therapeutic, economic and access. Fatima was named to the PharmaVOICE 100 in 2014 in the category of patient advocacy and a recipient of the 2015 Trailblazer Brand Champion Award from PM360. 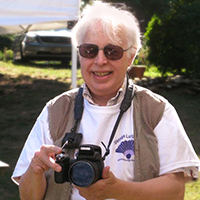 Donald has been a Board member since the beginning. He is the Production Stage Manager for all ULC theatrical events, and also designs the lighting. He has been a member of the Screen Actors Guild for over 47 years and served as a delegate to the national convention in Los Angeles. He has been a producer/director/photographer/editor for nearly a dozen short films, including work in 3D. Don also runs Boston Accent Films®, and Near Depth Experience®, local production companies specializing in 3D. I’m honored again to be part of this wonderful – and happy – effort to strike down a disease as terrible and insidious as lung cancer – insidious because there is virtually no early detection available. He is proud to be a part of ULC and to work to support all efforts to find a reliable early detection vehicle for lung cancer.

Crispin is a scientist and biotech entrepreneur. He is president of Biomedical Modeling Inc. where nestled among the craniofacial and cardiovascular projects, he has also modeled lung tumors for Dana Farber Cancer Institute and Beth Israel Deaconess Medical Center. Previously, he was Chief Scientific Officer at Angio-Oncology Sciences and Director of the GraftArtery project at Organogenesis. On the artistic side, he is president of the Coolidge Corner Community Chorus, sings in a variety of mostly Balkan languages as part of International Music Club, and has collaborated with Hildy Grossman as producer of the community theater, Devotion Follies.

Susan is a lung cancer survivor. Her early detection came by accident while scanning for a familial cardiovascular problem. She served as the first Board of Directors president for Upstage Lung Cancer and has also served on the board of the Marblehead Museum and Historical Society and was in charge of fund raising events. She was also on the board of the 21st century fund for the Abbot Library (capital campaign). She has also co-chaired the auction committee for Hospice of the North Shore Regatta. She is presently sitting on the board for The Elder Act, sponsored by the Rotary Club of Marblehead Harbor. She continues to serve to raise funds and advise the ULC board on fundraising.

Danielle is an attorney, cancer patient advocate, and healthcare social media consultant. She is also a full-time caregiver for her mom, who has been living with Stage IV NSCLC since March of 2015. Danielle hopes to help connect survivors with resources, and to increase awareness around lung cancer by engaging with as many patients and families as possible. As a professional actor, she believes that the performing arts are one of the most powerful bridges between people, especially when united by a cause. She is honored to oversee and advise Upstage Lung Cancer’s social media to support the organization’s mission.