Lung cancer can happen to anyone, at any stage of life—yes, even to young people. Young artists share their musical talents to shine highlight the importance of increasing awareness and research on young people with lung cancer.

Guest speakers include a young person diagnosed with lung cancer and a scientist from Addario Lung Cancer Medical Institute to discuss the Epidemiology of Young Lung cancer project.

Register on Eventbrite (using the above link) and you’ll receive the concert link (YouTube Live) the week of the event.

Registration for this online event is free, but donations are encouraged. With a donation of $25 you have an opportunity to win a D’Angelico Premier EXL-1 Guitar. Each addition $25 will give you another entry for a chance to win! We appreciate anything you can contribute for this profound cause!

The Backstory to Breathe Free

My grandmother was the center of our big extended family. Her legacy was evident, with most large family conversations circling back to a story about grandma or a remark of, “grandma would have thought/said…” I have seen every photo of her with all my cousins, and many photos and videos of her playing with me as a baby. But I do not have any personal memories of grandma – I was too young.

Anita Goretsky Bamel (1933-1999) was also too young. She was the middle school sweetheart of my grandfather. After close to 45 year of marriage, he ended up outliving her by over 20 years. That’s not supposed to happen. A wife, a mother, a sister, a grandmother of seven, a friend of many, taken by lung cancer. 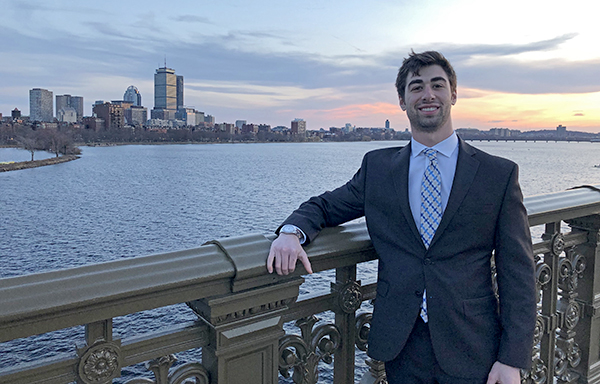 Ben Glickman, ULC Board member rethinking how to reach a broader audience.

I joined Upstage Lung Cancer in 2018 after hosting a student-run concert at Colgate University during my senior year. As I returned to Boston and became more familiar with Upstage’s mission and current projects, I was always especially inspired by our support of the ALCMI’s Genomics and Epidemiology of Young Lung Cancer research projects. Immediately, I identified a gap in Upstage Lung Cancers’ reach, and aimed to bring our messages of hope, support, validation, and the need for research on young lung cancer, to a wider demographic. I was thus driven to connect research and awareness of lung cancer with emerging voices in music and performance. In 2019, we began the process of networking with talented Boston singer-songwriters from Berklee School of Music and other local institutions to host a “coffeehouse” session at one of Boston’s many local microbreweries.

When the pandemic struck, this idea was completely upended, and we began rethinking how we could tap into a broader network of emerging musical talent. “Breathe Free” emerged from these conversations as a way for Upstage Lung Cancer to break into the digital live stream world and to extend our demographic, stylistic, and geographical reach. Breathe Free is a virtual benefit concert aiming to bring together our network of advocates, survivors, support groups, and researchers to a newer, broader audience. This concert is supported by the involvement of compassionate emerging musical talent, who are willing to lend their voices to our worthy cause. Lung cancer can happen at any stage of life. Tragically, young populations diagnosed with lung cancer tend to catch it incidentally and at later stages of the disease. Our fundraising will support research to better understand the incidence of lung cancer in these young populations, as well as early detection technology that can lead to better outcomes for all—old and young!

You can catch the episode of our podcast, Backstage @ Upstage, entitled, “Too Young To Get Lung Cancer?” for more information about young people with lung cancer. It is also available on all streaming platforms!

The story behind the concert

Thank you to our sponsors, whose generous support enable us to continue our work raising awareness and funds for outstanding research.

GET INVLOLVED: Become a Sponsor! Your company can gain valuable exposure to event audiences, social media and the press.